← The Ten Perfections of the Yungdrung Bön
Yungdrung Bon Chorten →

The Power of Prayer 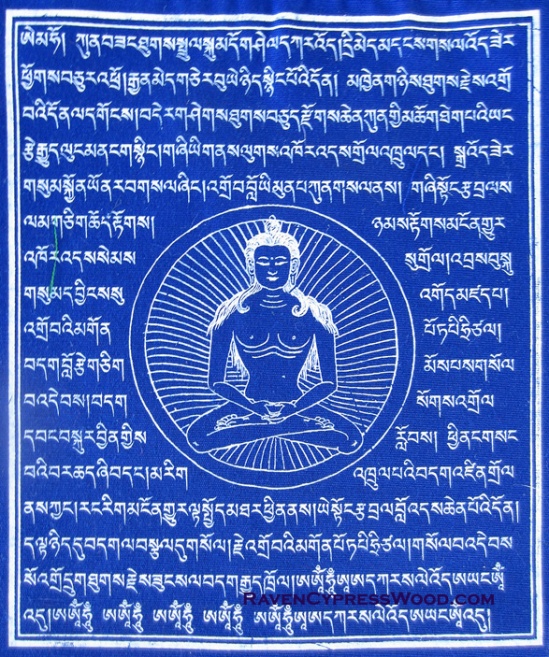 This Yungdrung Bön prayer flag has a center image of Tapihritsa.  He was an historical person of the 8th century who attained full realization and is seen as being merged with the primordially enlightened Küntu Zangpo.  Tapihritsa is an important figure in the lineage of the Zhang Zhung Aural Tradition of Dzogchen.  The direct lineage of this tradition was never interrupted in any way and continues to this very day.

This prayer flag contains the “Invocation of Tapihritsa” as well as the Bön ‘SA LÉ Ö” heart mantra which is said to contain the complete introduction to the natural state of the mind.

“Lord Tapihritsa, protector of migrating beings, I offer this prayer to you!  May the beings of the six realms of cyclic existence be held within your compassion, and may my mind be liberated!”

-From The Invocation of Tapihritsa.  Translated by Raven Cypress Wood.

← The Ten Perfections of the Yungdrung Bön
Yungdrung Bon Chorten →