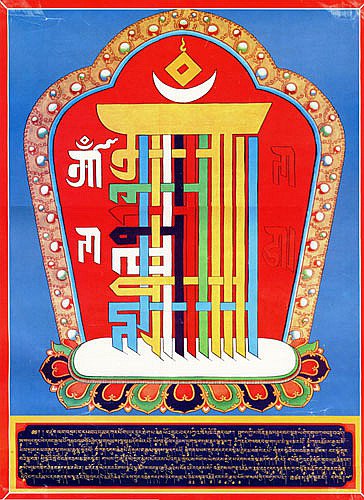 The symbol for The Ten-fold Powerful One, the Namchu Wangden.

The Namchu Wangden, or The Ten-fold Powerful One, is a symbol of great protection within the Yungdrung Bön religious tradition. It contains the seed syllables for seven hundred and twenty deities.

According to an explanation written by the 23rd Menri Trizin Nyima Tenzin Rinpoche:

*Right and left are according to the point of view of the object not the subject. 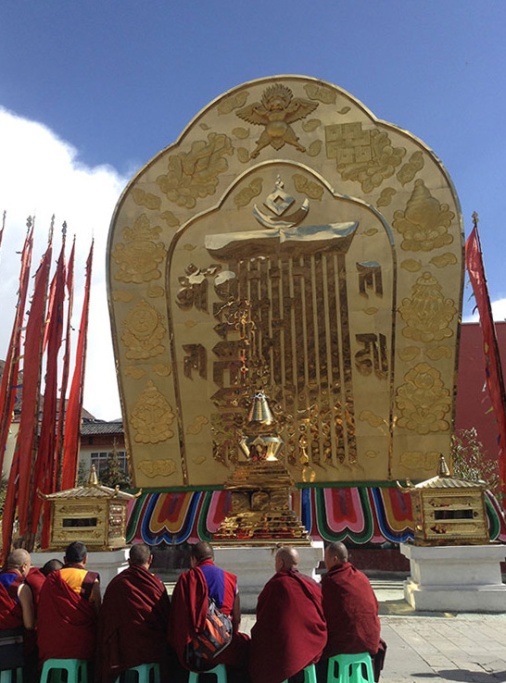 Displaying this image protects from destruction by the five elements, as well as protects the life-force, health, personal power and lungta.  It gives protection from the eight classes of beings, as well as from astrologically negative events. Traditionally, this image is placed at the entrance to the home as a means of protection. In modern times, the Namchu Wangden protection amulet is commonly placed in cars as well. 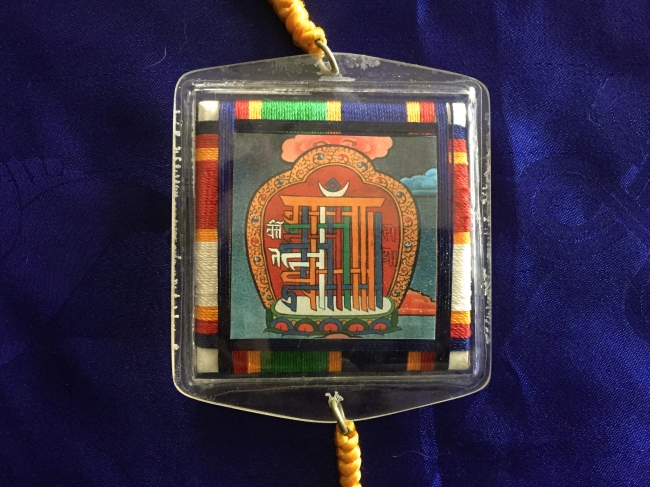