← Sacred Occassion
Offerings to the Divine →

The Twelve Animals of Tibetan Astrology: The Dragon 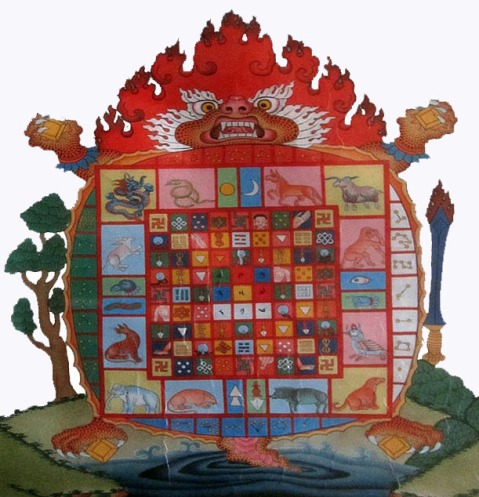 2012 was the year of the Dragon.  Therefore, people born during this year would be a Dragon and would have an emphasis of the specific qualities associated with Dragon.  (This year corresponds with the Tibetan lunar calendar and began February 22, 2012.)  The element which governs the life-force of the Dragon is Earth and its direction is Southeast.  So, if a Dragon person wanted to strengthen their life-force, they would focus upon strengthening the element of Earth internally and externally.  The positive direction Southeast.  Therefore, facing this direction while meditating, doing healing rituals or just relaxing and taking deep breaths is beneficial.

In general, the Dragon is flamboyant and impulsive.  It has a fiery disposition whose energy and drive seem unending.  Convinced of its superiority of destiny and vision, it wants to live life to its fullest and is often frustrated and impatient with the perceived limitations of others and circumstances.  The Dragon always wants more.  The Dragon has much charisma, wit, and enthusiasm which is admired by others and they are often placed in leadership positions.  The Dragon can also be unrealistic in its demands and become angry to the point of deeply wounding others due to its lack of tact.  However, the Dragon easily forgives, and is sincere and generous in its relationships.  Whatever it is feeling is difficult to conceal.

The Dragon’s soul day is Sunday and its life-force day is Wednesday.  These are the best days for beginning new projects and activities that are meant to increase or develop something.  The obstacle day is Thursday.  This day is best for cleansing and letting things go.  It is not a favorable day for beginning new things.

If you were born during a previous year of the Dragon, this year as well as other Dragon years are considered a time of vulnerability to obstacles. This same astrological principal applies for all of the other eleven animal signs during their associated year. Therefore, it is recommended to engage in practices that support vitality, good fortune and spiritual merit such as hanging prayer flags, having a soul and life-force retrieval ritual performed and/or restoring any deterioration or violation of one’s spiritual commitments or any damaged relationship with one’s spiritual brothers and sisters. In general, making an effort to engage more with virtuous activities of body, speech and mind and committing to engage less with non-virtuous activities is supportive. According to the words of Buddha Tönpa Shenrap Miwoché, the practice of developing sincere unbiased and unlimited compassion is the greatest of all protections.

← Sacred Occassion
Offerings to the Divine →